For my first reel, I used stainless flat head machine screws to assemble the frame. This was expedient. For the group of 5 reels that I am now making, I want the appearance of “gun screws”, which have a simple cylindrical head. Also, it is not good practice to thread stainless into aluminum because the two are too far apart on the galvanic scale. I do anodize the aluminum parts, but this protective coating is unlikely to penetrate down into the tapped holes.

Gun screws are not widely available, and those that can be found are made of blued steel. Aluminum screws are also relatively rare. If I were making a reel of modern appearance, I would buy button head screws from Fastener Express. These are anodized by the supplier, and even come in a variety of colors. But there is no screw with the appearance that I want for my present reel design.

So I finally decided to make the screws, a repetitive task (5 reels time 10 screws/reel). The material that I chose is 7075-T6 aluminum. This material has 83 ksi tensile strength, 150 BHN hardness, and machines at 80% the ease of 2011 aluminum. I was able to buy 0.25 inch diameter stock from Speedy Metals.

Here is a screwdriver set that I recommend, Chapman 8900. It has with 12 straight blades which are hollow ground. 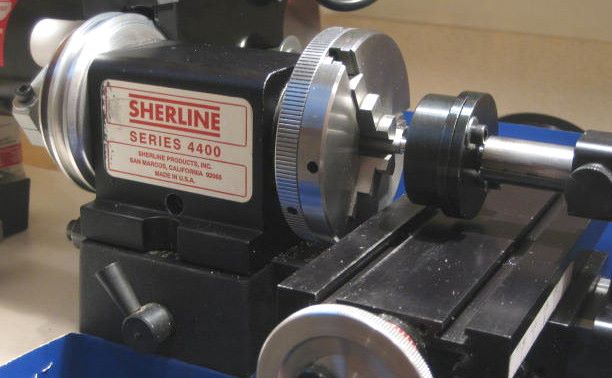 Then cut threads with a die. This is a hand operation.  For easy cutting, I made a crank handle that clamps over the lathe headstock shaft extension. You can see the white knob of this crank. 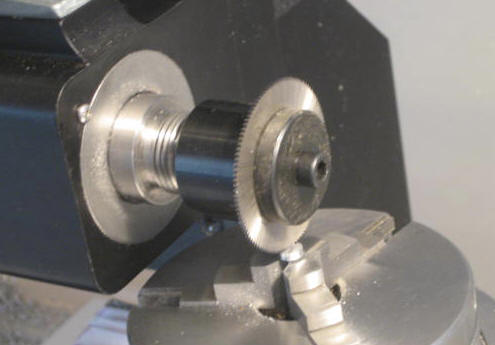 This entry was posted in Screw. Bookmark the permalink.