Lovells rodmaker RKP decided to make bamboo rods with pentagonal cross section, rather than the usual hexagonal. And now that he has started, he says that it takes less time to plane 5 strips than to plane 6 (!). 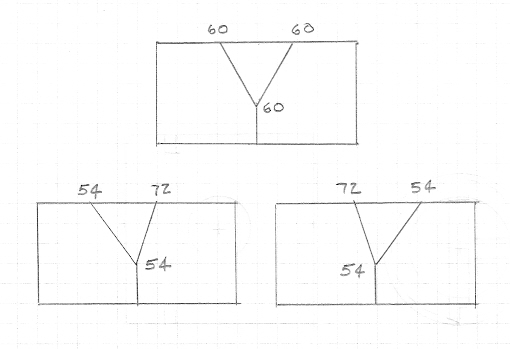 The down side is that he had to buy 2 planing forms instead of just 1 because the shape of each strip is an isoceles triangle (72, 54, 54) instead of equilateral (60, 60, 60). You have to have separate forms for the right and left hand sides of the strips.

When setting up the planing form for a hexagonal rod, it is usual to employ a dial indicator with a conical 60 degree point. Obviously, that won’t work on the two penta forms. 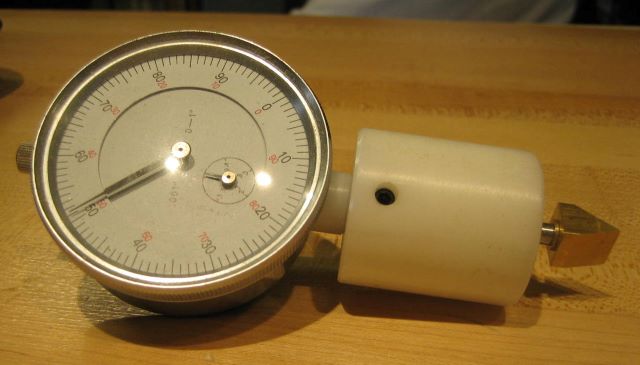 So I made him a special tip for his dial indicator, with sides sloping 18 and 36 degrees from vertical.

This entry was posted in Rods. Bookmark the permalink.