An engineering student at Washington State University, Keenan, has gained some proficiency with the 3d modelling software “Solidworks”. 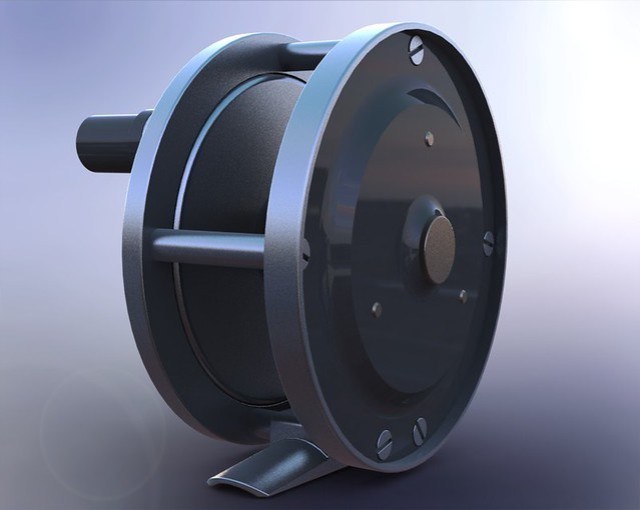 I don’t believe that he is a fly fisher, but somehow he stumbled across this blog, whereupon he decided that one of my reel plan sets would be good material for 3d modelling. 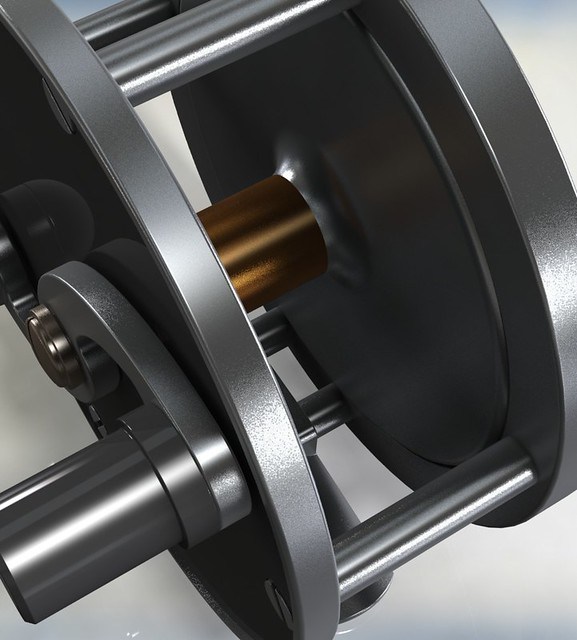 I hope that he also has time to get his homework done.

He has re-created all the reel parts as 3d models, and then made an assembly of the parts. 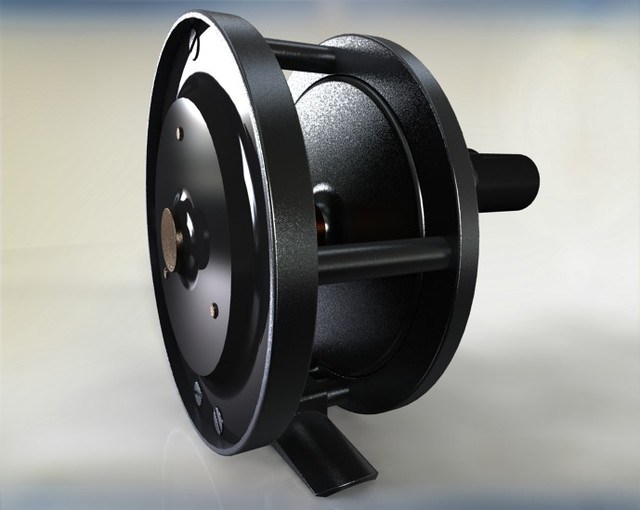 To create these images, he used the “rendering” feature. This applies light sources to give the appearance of a photograph.

Maybe I should quit machining reels, and just draw them.

I was an engineering student in the fall of 1967, and took an “Engineering Graphics” course. It wasn’t much fun carrying the drawing board and T-square across campus. There was no way to disguise the “nerd” factor.

This entry was posted in Drawing, My Reels. Bookmark the permalink.